"But there were also false prophets among the people, even as there will be false teachers among you, who will secretly bring in destructive heresies, even denying the Lord who bought them, and bring on themselves swift destruction."
2 Peter 2:1

The ultimate sign of any false teacher is the denial of Jesus Christ as Lord and Saviour. This is the capstone of heretical wickedness which God, according to this verse, will not tolerate for long.
Yet as I was reading this verse a certain portion caught my attention:

What does this mean to you? Does it not imply that these same false teachers were actually saved as they had been bought by the Lord? I know of only one way in which the Lord Jesus Christ has bought people, and that is through His shed blood as a ransom for our sins.
The following verse states that the way of truth will be blasphemed because many have followed their destructive ways. Is this not the case today? Yet I have heard repeatedly that these ones are the false sheep or goats and not actually true converts. They have made a profession but their faith was not genuine.
Now I am not denying the fact that their are doubtless multitudes who have been deceived into thinking they have eternal life simply because of some action on their part. However, this verse is dealing not with the followers but with the teachers.
So my dear reader; what does it mean to be bought by the Lord? Is it possible that a true child of God could teach damnable heresy even to the point of denying Christ?
Posted by Jim at 12:47 PM 30 comments:

A Guide To Calvinism

Have you ever wanted a concise guide to understanding the teachings and definitions behind Calvinism? Well Kevin Jackson over at Seekadoo has put together a fairly comprehensive list for us.

If one laughs at this list does this ultimately mean he is not a true Calvinist?

On the flipside, the kind gentlemen at Triablogue have put together a dictionary to better understand Arminianism, albeit with much tongue involved.

Have you ever noticed that many christians will exercise great discernment when it comes to theological matters concerning doctrines. They are quick to dismiss preachers, teachers, and those who espouse certain doctrines they deem unbiblical or heretical and yet the same people seemingly lack the same care in the choice of their music.
How is it that so many who call themselves Calvinist can swallow the lyrics of secular and contemporary Christian music so easily? Much of this current music would be fairly Arminian in nature and yet it seems to pass through the doctrine filters rather effortlessly. Have you noticed this dichotomy as well?
Also, what is your opinion on the sensuality of christian singers? Do you think it is ok to sound exactly like the world in the praise of our Saviour?
Posted by Jim at 1:20 PM 23 comments:

McClay Design is looking to create some new book covers and as such is taking submissions. Do you have an idea for a book? Perhaps you are working on a manuscript and need a cover design, or maybe you know someone who is going to publish soon. Whatever the case Matt would appreciate any creative ideas you have.

McClay Design
Posted by Jim at 9:18 AM No comments:

May Be More Posts This Month

My oldest boy starting playing soccer last week. First game (12-0) for other team. Second game (8-0) for the other team. My boy managed to find the positive in that and stated "we were getting better". After two games the team was dissolved for lack of players and my son was assigned to another team.

Third game (1-0) for the other team. But wow it was almost fun watching them play. Anyways it's amazing how much fun you can have chasing a round ball across the field for an hour.

If you haven't commented on my last post please be kind enough to leave a suggestion for future topics.
Posted by Jim at 1:58 PM 1 comment: 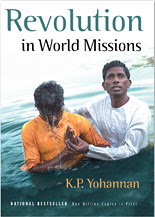